North Tacoma: Between Proctor & The Waterfront

Located North of 30th Street between Proctor and the waterfront, a quiet little corner of North Tacoma that homeowners like Gretchen Stout like to call home awaits. Just walking distance to the waterfront, the Proctor entertainment area, Terry’s Tavern, the Gardensphere, Puget Park and trails, this private-feeling neighborhood boasts an atmosphere where lots of people are out and about with little traffic. Plus, it’s a straight shot from N. 30th to the freeway!

"I have lived here about 10 years and just love the area," said Gretchen.

Gretchen's home, like most in the neighborhood, has a sweeping view of the Puget Sound. But what really makes this little pocket of Tacoma so special is the variety of home styles, walkability to both the Procter shops and restaurants, and the stunning Ruston Waterfront. Stroll down the wide streets and you'll find everything from English Brick Tudors to Dutch Colonials to Modern Northwest Contemporary homes.

On your walk down to the waterfront, notice homes dating back more than a century and beautiful new construction that overlooks the Puget Sound.

"Once I get home from work, I really don't need to drive my car," says Gretchen. “I can walk to Terry's Tavern to meet friends, walk to the Proctor Farmer's Market or a movie at the Blue Mouse Theatre, or just stroll the neighborhood and head down to the waterfront." 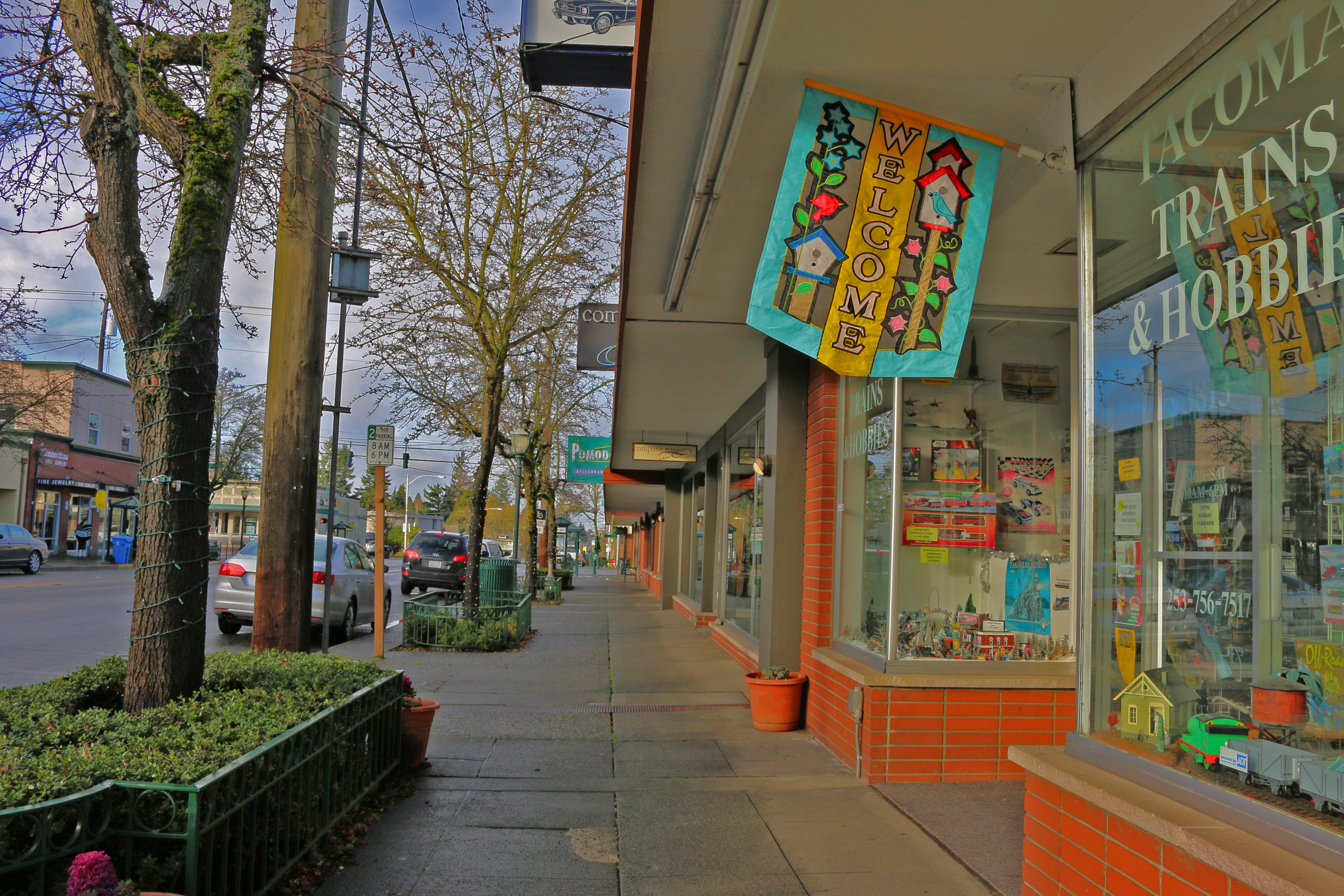 Prices in the neighborhood range from $350,000 for a smaller Craftsman, to over a million for some of the larger homes with amazing views. Gretchen's kids go to nearby Washington Elementary and Mason Middle School, which are both high ranking public schools in Tacoma: "I couldn't be happier with the public schools in our neighborhood. They encourage parent involvement and have a small town feel even though they are fairly large schools," says Gretchen.

Also walking distance is Puget Park and Puget Park Natural area. The playing park is great for kids 1-10 and the trails are great for people (and dogs) of all ages! The two mile trail winds through forested areas and wetlands and takes you to the waterfront boardwalk. "This is a great place to live," says Gretchen. Parks, restaurants, bars, trails, entertainment, a farmer's market—this neighborhood truly has it all!

Would you like to learn more about living in North Tacoma? Give REALTOR® Heather Redal a call at (253) 363-5920 or visit her online.